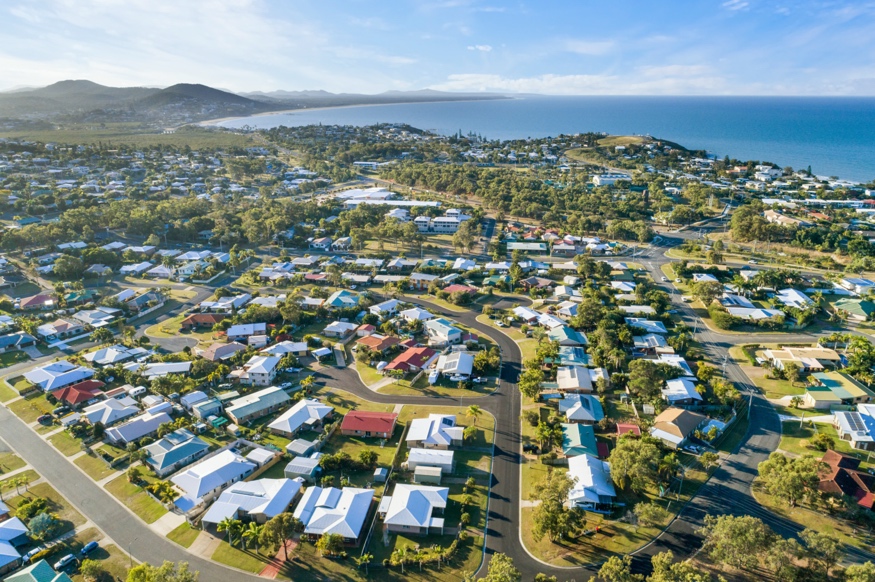 Taranganba is also rich in history, one of the first areas on the Capricorn Coast to be settled as Ross’s Taranganba Station in the late 1860’s, by Robert Ross. The Ross family settled much of the coastal area in the earlier days. Robert Ross was also at the centre of the infamous 'Taranganba affair' from 1886 to 1889. “With the realization that there had been massive misrepresentation to the public regarding the value and amount of gold found” as stated in 'A history of the shire of Livingstone' compiled and edited by Leo M Carpenter. The book goes on to explain the massive amounts of money that was poured in to this project, as investors were told the Taranganba mine was going to be bigger than the Mount Morgan mine.

Ross & Fig Tree Creeks provided the playground and livelihood for many Yeppoon families, its banks were lined with jetties, sheds and shacks. It was a very popular swimming spot despite being dangerous at high tide, with strong currents and moving sandbars.

For 30 years the town enjoyed the Claude Press Swimming Pool, built at the mouth of Ross Creek, opening in 1931. A school teacher at Yeppoon, Claude Press was a swimming instructor, member of the Royal Lifesaving Society and secretary of the Yeppoon Foreshore Improvement Committee. He built and developed the pool, with the help of the community. The older schoolboys helped at weekends taking sand and cement by dinghy to the site. They learnt swimming and lifesaving with Mr Press at the pool.

A popular spot, the pool eventually had two diving boards, a slippery slide, seating facilities, umbrellas and even floodlights. In the 1960s local schools began to plan and build their own more conventional pools. The Claude Press Swimming Pool was used less and less and gradually deteriorated. Remains are still visible among the rocks. It always had its dangers – the current at the mouth, tidal variations, stingrays moving along the creek and sharks waiting to catch fish on the outgoing tide.

In 1926 The Livingstone Bridge was built over Ross Creek to facilitate land development in Cooee Bay. It served the area until 1972 when the Beak Bridge was opened.

During the 1960s many changes came to the creeks. A sea wall was built to control siltation and currents and Merv Anderson Park (Fig Tree Park) was created with dredged sand. The aim was to accommodate more and larger vessels. The improvements were not sufficient so a new harbour was planned and Rosslyn Harbour opened in 1972.